In addition to its compact size, the mixer is manoeuvrable on narrow job sites, capable of discharging concrete up to 330 degrees around the machine. The drum can be rotated sideways 180 degrees and the chute provides additional reach.

The mixer also has a tight turning radius and the drum has a reduced tilt angle for more agility.

It can produce 37.7 square feet of concrete in under 15 minutes, according to the company. The 1,321 gallon barrel can deliver 4.6 cubic yards of concrete. A self-loading bucket can process up to 25 cubic feet of aggregate in each load cycle. The hydraulic system lifts and rotates the bucket as needed, while the door opens automatically to unload aggregate into the drum. The pump moves 66 gallons of water per minute through the mixing drum.

The Merlo DBM 3500 mini concrete mixer can produce 37.7 square feet of concrete in under 15 minutes, according to the company.MerloThe closed cab, ROP certified, is equipped with double controls distributed between the front and the rear. The front controls are for driving. The seat rotates 180 degrees to access the rear controls, which manage the mixing drum and self-loading bucket and also drive the vehicle. A lever reverses the direction of travel. Travel speed is up to 25 mph.

The mixer runs on a side-mounted 100 horsepower Deutz diesel engine for increased ventilation and access.

Other features include four-wheel drive with three steering modes, hydrostatic transmission and portal axles for increased ground clearance of 16 inches. It’s designed for any terrain, the company says. 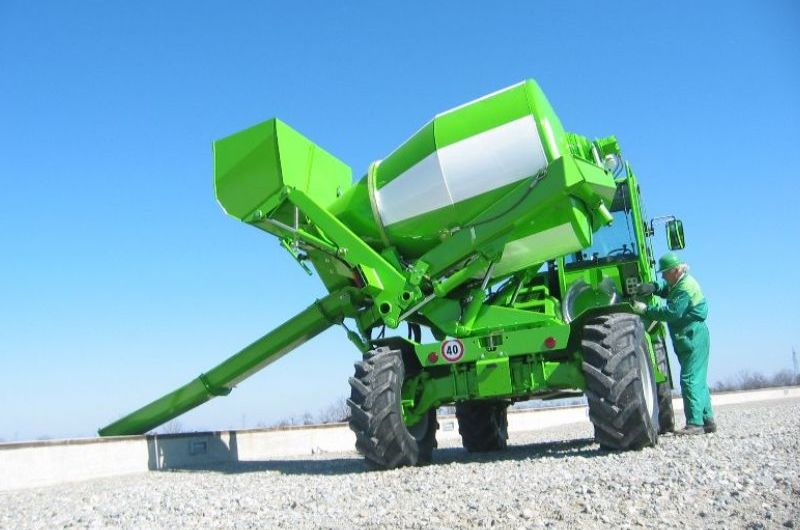 The Merlo DBM 3500 mini concrete mixer can also be used at ground level.MerloThe water tank has a capacity of 246 gallons. The maximum unloading height is 7 feet.

It is sold in the United States through the importer Applied Machinery Sales. 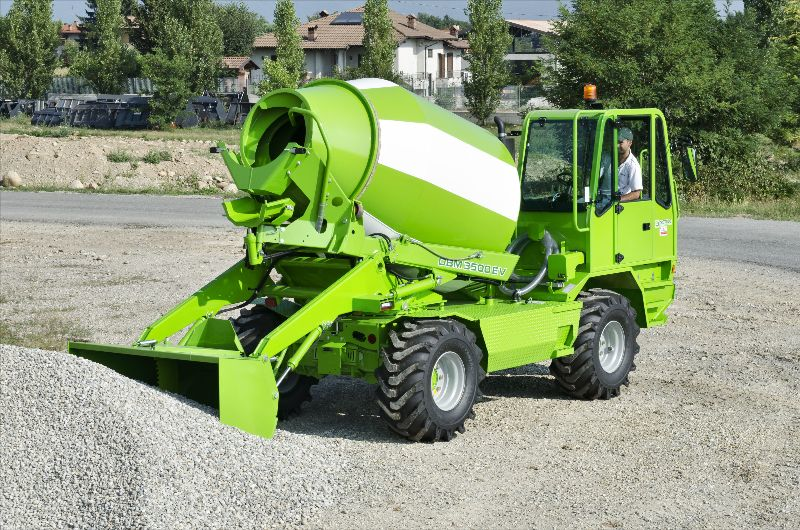 The self-loading hydraulic bucket of the Merlo DBM 3500 mini concrete mixer can hold up to 25 cubic feet of aggregate to load into the mixing drum.Merlo

From a concrete mixer to a flow of air, check out these unique places to drink this month