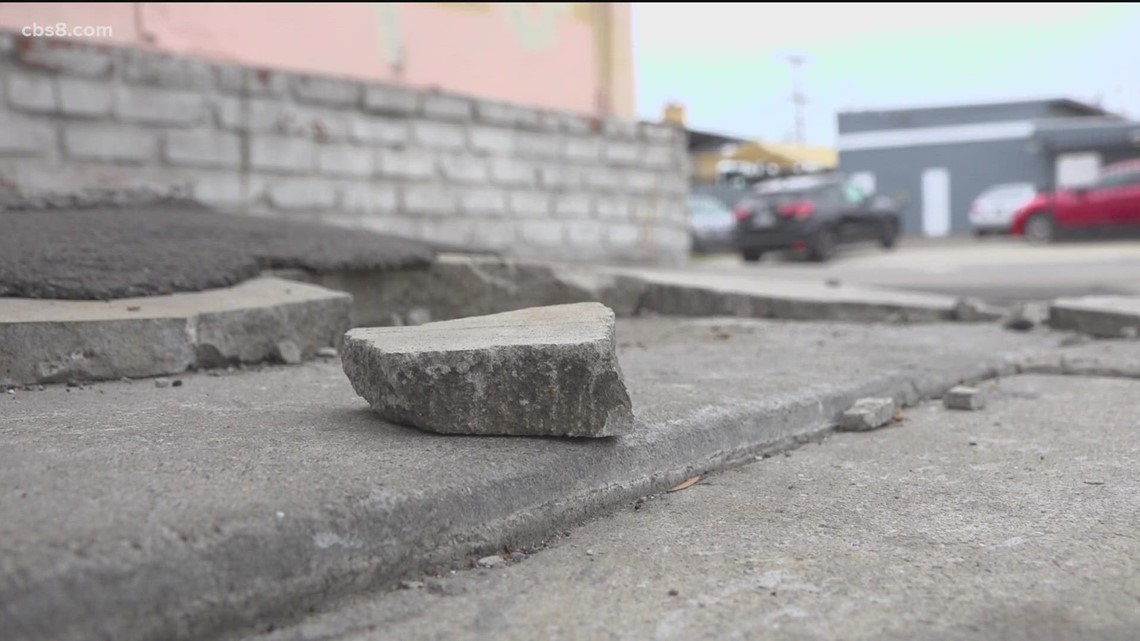 City Heights Residents Call on City to Fix Their Streets

SAN DIEGO – Residents of City Heights say their roads are deteriorating and the City of San Diego is not doing anything about it.

“The cement takes volume. There are potholes. There are crevices that people with disabilities cannot go through, ”said Susan Graham.

For Graham, a trip to the bus stop or the neighborhood store isn’t always easy. The 55-year-old is tied to a wheelchair.

Every day, she has to maneuver in dilapidated streets and alleys.

News 8 accompanied her to her City Heights neighborhood to see the problem in person, including near 49th Street and El Cajon Boulevard.

“The streets are really very worn down here,” Graham said.

She says the area’s roads have been messy for years, and despite her calls and emails to city leaders, nothing has been done.

“I called the mayor. I called the city commissioners. They never call me back. You want us to pay the property tax? We do. Fix our streets. Please! For us Graham said.

Besides being a nuisance, more than anything, she said the streets are dangerous.

“I saw a lady fall in that hole right there,” Graham said, gesturing to a pothole.

Since taking office, San Diego Mayor Todd Gloria has maintained that repairing streets is one of his top priorities.

News 8 has contacted the city regarding the City Heights area.

In an email, a spokesperson for District 9 council member Sean Elo-Rivera told News 8 that pedestrian and bicycle safety would be improved throughout Orange Avenue in City Heights and along University Avenue from Euclid to Fairmount in the future.

According to documents detailing these projects, plans include a new roadway, wider sidewalks and crosswalks, although the completion date is unknown. The total cost of the project is nearly $ 11 million.

“Every San Diegan should have the freedom to move safely around their neighborhood. The new sidewalks, ramps and crosswalks leading to El Cajon Boulevard will make City Heights a safer place for people. in the future, all streets should be designed to prioritize access and safety for all and our office is committed to this effort. ”

Susan Graham hopes this is the case.

“We’re not asking for much. Just stop discriminating against us,” he said. “Please listen to us. We need your help.”

City officials say the best way to report problem areas is to Get It Done app.